Verse VIII:
They placed Him, the Sacrifice, Purusha, the firstborn, on the sacrificial grass and besprinkled Him with the sacred water. Then the devas, the sadhyas and the rishis performed the sacrifice with Him as the offering.

Verse IX:
From that sacrifice, in which everything was offered as an oblation, was collected fresh butter. Creatures living in air (birds) and those living in forests and villages came in to being.

Verse X:
From that sacrifice, in which everything was offered as oblation, came the Riks (Vedic Hymns) and the Samans (Hymns which are sung - the Saama Gaana). The Chandases (Vedic Metres) came from it; and from it the Yajus (mantra for the ritual) was born. 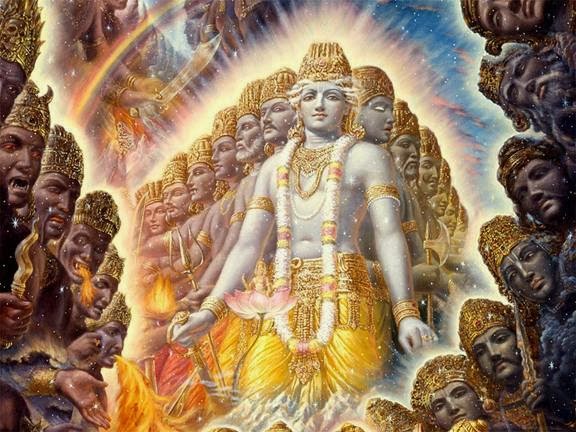 though it appears from first reading that some animal is tied in yajna, but it's context itself says that the purusha is aatma of universe. and if one has to perform purush medha, it does in it's aatma. some other terms like names of animals may be confusing in this context, so the meanings of asva ( horse ), aja ( goat), avi ( sheep ) and gau ( cow ) is as follows.

similar meanings of animals are applied while performing animal sacrifices like ashvamedha etc.
Posted by Unknown at 04:18